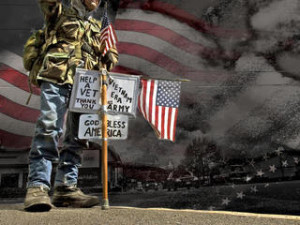 Since October 2014, Virginia has housed over 1,400 homeless veterans.  Connecticut is now following in Virginia’s footsteps.  It’s just a matter of time before all states will do the right thing by ensuring United States military veterans will never have to face homelessness again, ever.  Some are saying it’s too little too late. Certainly, it’s late for some yet just in time for others.

Opinion? Please comment.  We want to hear from you.

Leave a reply or cancel